As a creative and cultural industry practitioner, you have the power to shape the world around you. But to do that, you need a strong network of support. That’s where the Northern Dimension Partnership on Culture comes in.

The Northern Dimension Partnership on Culture (NDPC) was established in 2010 as fourth partnership in the Northern Dimension Policy. The members of the NDPC are the European Commission and the Ministries responsible for culture in Denmark, Estonia, Finland, Germany, Iceland, Latvia, Lithuania, Norway, Poland, the Russian Federation* and Sweden.

The NDPC is a unique cooperation platform in the Cultural and Creative Sectors** (CCS) ecosystem, bringing together both the EU and the non-EU countries and providing an access to a wide pool of expertise and experience related to CCS development across the ND region.

While the NDPC is officially a governmental partnership, it has the flexibility to operate closely with other public and private organisations in setting up new initiatives and form broader alliances. It brings together both the national authorities as well as other non-governmental stakeholders and experts within the CCS and in other related sectors.

Dialogue and sharing inspiration and knowledge is the key – thus we aim to connect across borders, institutions and across sectors. We believe in human beings as the core source of creativity and change. 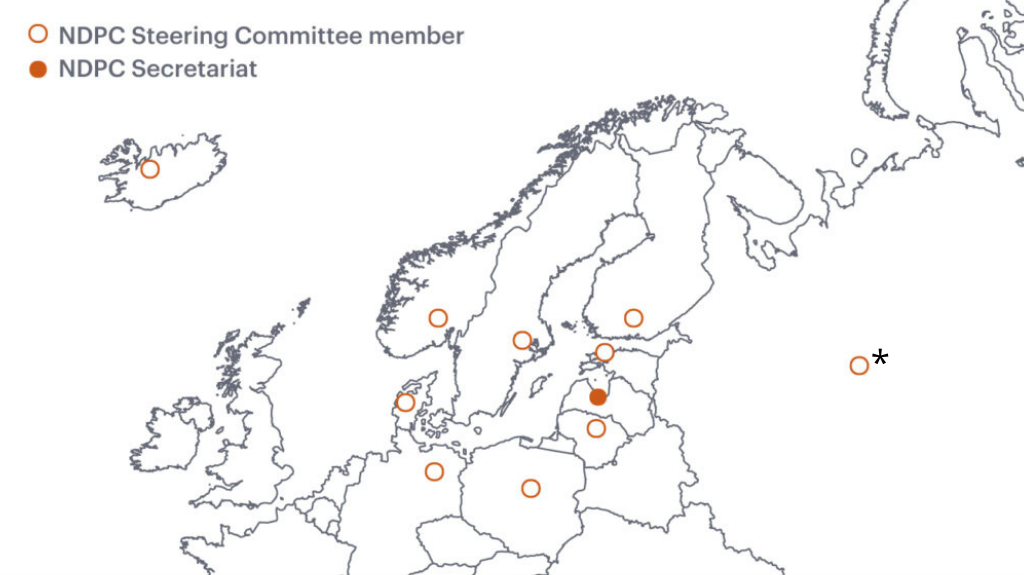 * The European Union, Iceland and Norway have have suspended until further notice all activities of the Northern Dimension policy which involve Russia. Read more.

** Cultural and Creative Sectors’ include all sectors whose activities are based on cultural values or artistic and other individual or collective creative expressions. The activities may include the development, the creation, the production, the dissemination and the preservation of goods and services which embody cultural, artistic or other creative expressions, as well as related functions such as education or management. They will have a potential to generate innovation and jobs in particular from intellectual property. The sectors include architecture, archives, libraries and museums, artistic crafts, audiovisual (including film, television, video games and multimedia), tangible and intangible cultural heritage, design (including fashion design), festivals, music, literature, performing arts, books and publishing, radio, and visual arts. Read more.