WHO publishes “Arts and Health: Supporting the Mental Well-Being of Forcibly Displaced People”

This week a publication by the World Health Organisation, and initiated by the CultureForHealth project, was published outlining important ways arts activities can be relevant activities to improve the health and well-being of forcibly displaced people. It also provides calls to action to everyone involved in responding to humanitarian crises, including health workers, policy-makers, relief workers, cultural organizations, arts therapists and artists.

How the arts improve health and well-being

In addition to improving self-confidence and promoting healthy behaviours, arts activities have also been shown to improve social inclusion and, importantly, offer hope. For displaced people, especially those who have suffered significant distress, arts activities can be relevant in improving health and well-being by promoting multiple different psychological, behavioural and social processes in displaced populations and their host communities.

Included in the report is a summary of the key findings and syntheses on the importance of culture and arts in the wellbeing of forcefully displaced people.

As discussed in the publication, people looking for ways in which they can support those who have been forcibly displaced should do so in collaboration and coordination with mental health and psychosocial support actors to ensure that the activities are based on locally assessed needs and adapted to the local culture. Calls to action include:

Together,  health workers, policy-makers, relief workers, cultural organizations, arts therapists and artists can respond to these calls to action in order to educate and engage more people around the benefits of arts activities in their work.

CultureForHealth is a project co-funded by the European Commission with partners from all over Europe: Culture Action Europe, Trans Europe Halles, Central Denmark Region, The Northern Dimension Partnership on Culture, Cluj Cultural Centre, and Društvo Asociacija.

CultureForHealth brings researchers, practitioners and policymakers together to generate knowledge, research and fieldwork in order to trigger cross-sectoral cooperation and policies that enhance well-being through culture. The initiative will also institute six pilot projects in Denmark, Italy, Romania, Slovakia and Slovenia aiming at “management and treatment” of illnesses as well as “prevention and promotion” for a variety of life stages and age groups. 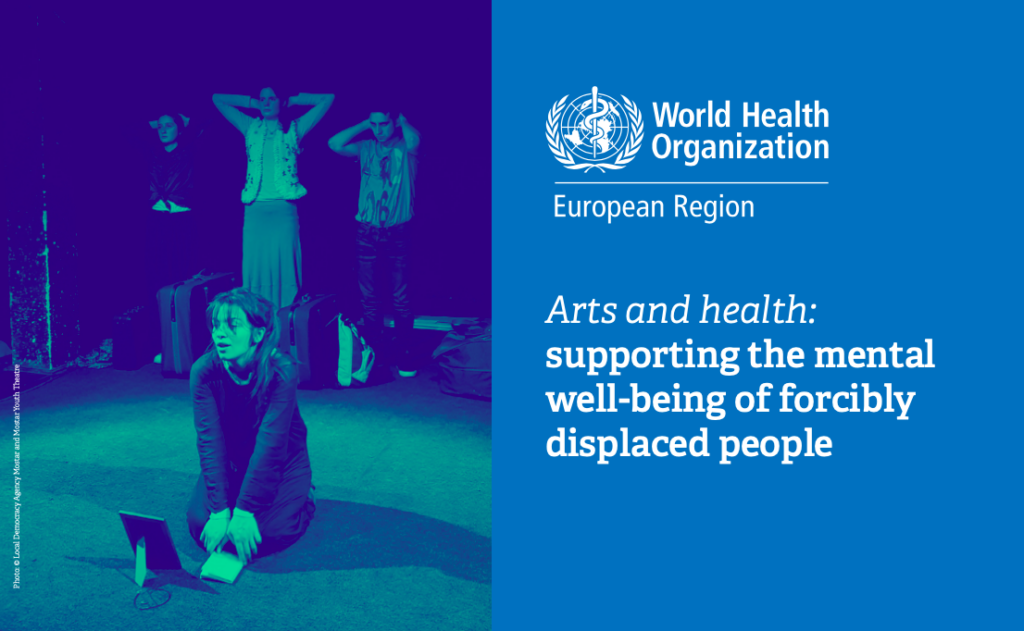