Reimagining the Future: What is the Role of Creative Industries in It? - NDPC
easy read
75% 100% 125%
refresh read more

Reimagining the Future: What is the Role of Creative Industries in It?

And there I see creative industries – arts in particular – having a very clear role.”

We’re in the midst of an era of uncertainty. We can’t avoid it. The only way to move forward effectively and meaningfully is to embrace it and to learn how to adapt.

The NDPC has embarked on a quest to better understand this volatile time and the challenges the fields of culture and creativity face. In the summer of 2022, we gathered experts and practitioners from the cultural and creative industries to create visions of the future for the Creative and Cultural industries. Where are we heading and how can we adjust? Tailoring the future started in Riga with a brainstorm with the NDPC board of experts and continued during the very first NDPC Bootcamp. During a Future Session practitioners and policy makers connected in discussion groups. For methodological inspiration, NDPC used the Future House Sitra´s “Future Frequency” framework.

The work in discussion groups was kicked-off by a keynote speaker – Roope Mokka (one of the founders of Demos Helsinki, a futurist, urbanist and artist with a focus on social transformations). During his speech, Roope illuminated how it’s not just political or economic uncertainty, instability or irregularity. We’re seeing these trends reflected in the way society is imagining the future. He called out the imagination gap society tends to have when envisioning the future and called out to the creative industries to step in and help the society to fill it: “Only imagination can come to power and only those who have imagination have power.”

Watch a fragment from his thought-provoking speech:

When reflecting on what art can do and what art is doing now, Roope emphasises that art is currently seen as an engine that generates livelihood, innovation, attractiveness, as well as creativity that fuels industries, or which is seen as something very independent and autonomous from the society. Roope suggests that art can fill the imagination gap by making extraordinary material. 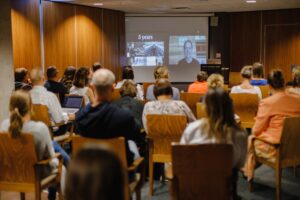 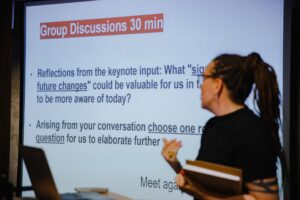 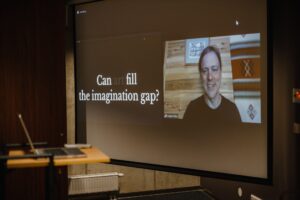 Inspired by the speech, we reflected on CCI future “what ifs”, for example: What if ecological crises, financial crises, energy crises, geopolitical crises get so big, that nobody thinks about CCIs or any other specific sectors?  What if the social media platforms democratize and stir the CCI professional field with the mentality of “everyone being an artist”?  What if CCIs are a priority within policy making? What if the role of arts, culture and creativity in sustainability is realized, developed and valued? What if the societal role of the artist expands in drastic ways towards wellbeing, inclusion and community-building?  What if the concept of arts, culture and creative industries is re-defined? What if CCI is in the core of new innovations and societal developments? What if the creative field disrupts and reshapes the economic system as a whole, driving the emergence of the green economy and sustainability? 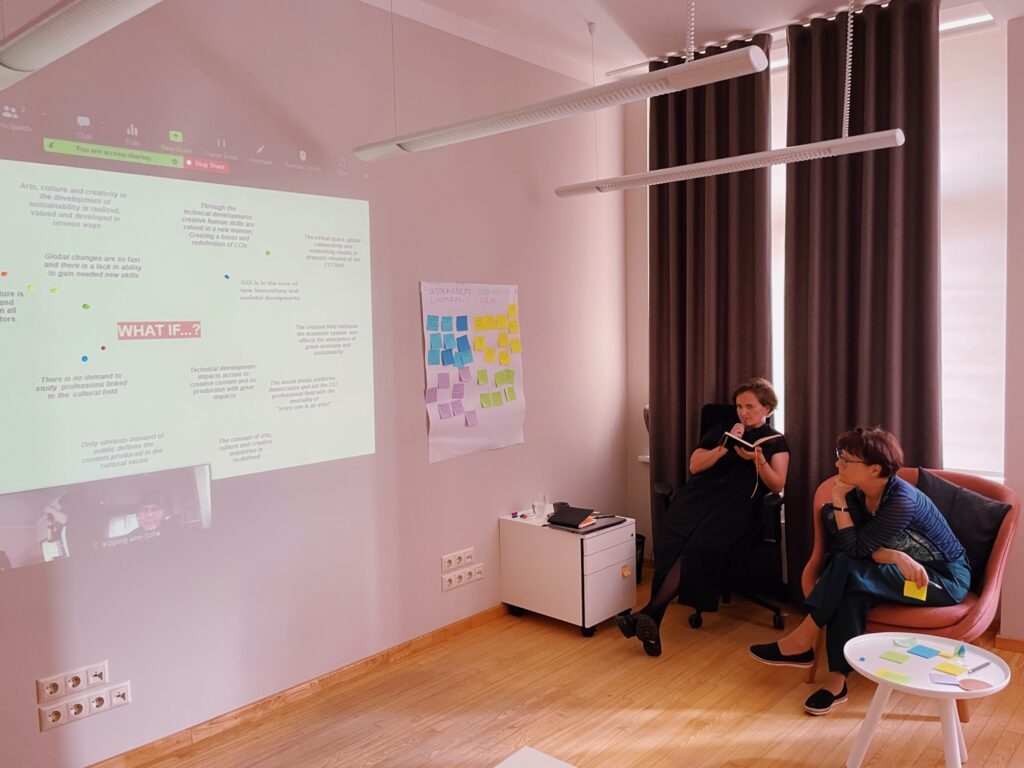 When reflecting on current CCI trends of tensions of the future years, experts’ collaborative conclusions suggested that (1) CCIs are more likely to disrupt, and at the same time move towards renewal; (2) there could be less investment and resources, but at the same time this could trigger the invention of new career paths; (3) CCI institutions will most likely stay the same, but there will be Growth in Creative Entrepreneurship.

In the six mixed groups of policy-makers and practitioners, key challenges were identified. For example: Could co-creation and creativity become a coping mechanism for accepting changes of the future? Can the age of demolition be part of construction, preparation, experimentation and responsibility? 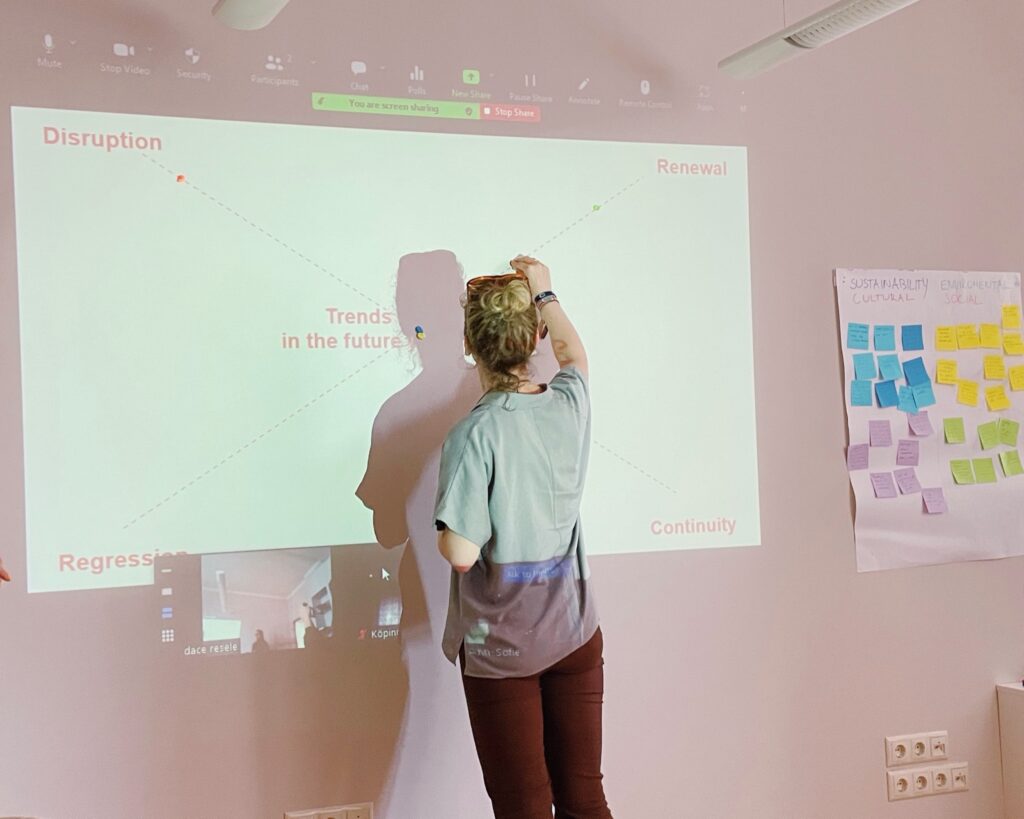 We have the ability to create a future that is better than the one we have now.

Are you ready to take up the challenge of filling the imagination gap? What kind of society will bridge us between technological progress and apocalyptic collapse? How are you participating in shaping the future? Feel free to reach out to us.